School starts tomorrow and today is bleary, but summer was real nice. 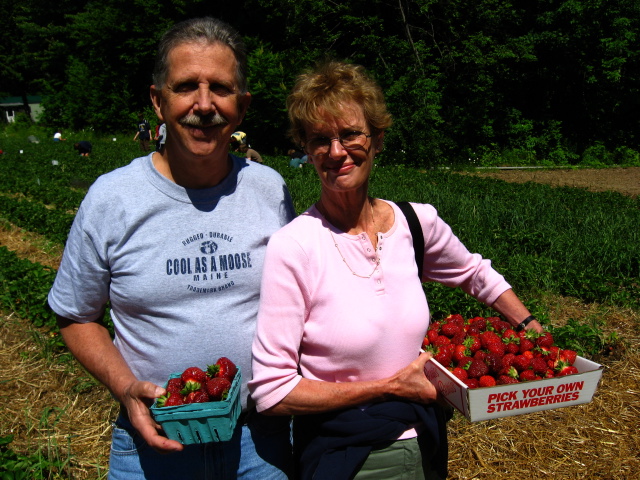 We picked 13 pounds of strawberries in Maine and made pies and shortcake with them. Also, my dad’s cool as a moose, and in case you can’t read his shirt, just look at his chilly pecs. 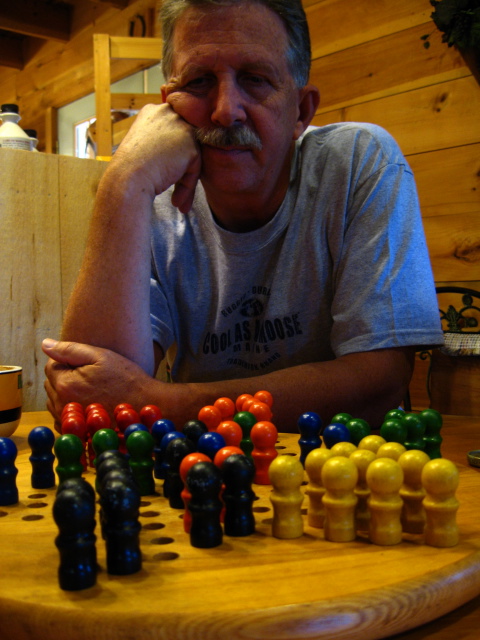 We spent a lot of time playing Chinese Checkers and Balderdash. For blood. 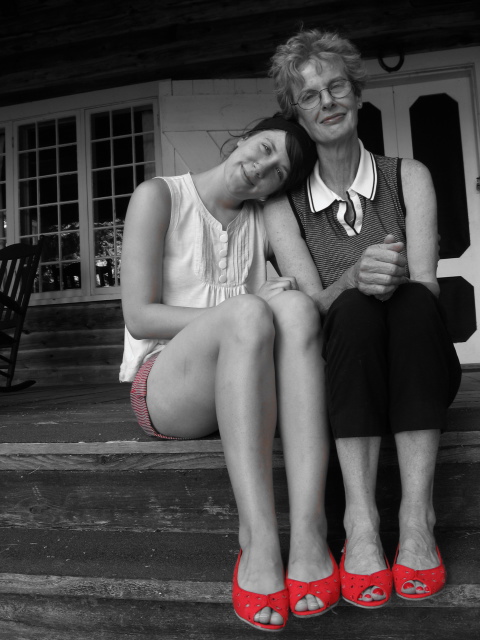 Mom and I got matching shoes and I learned how to do that cool trick with my camera. 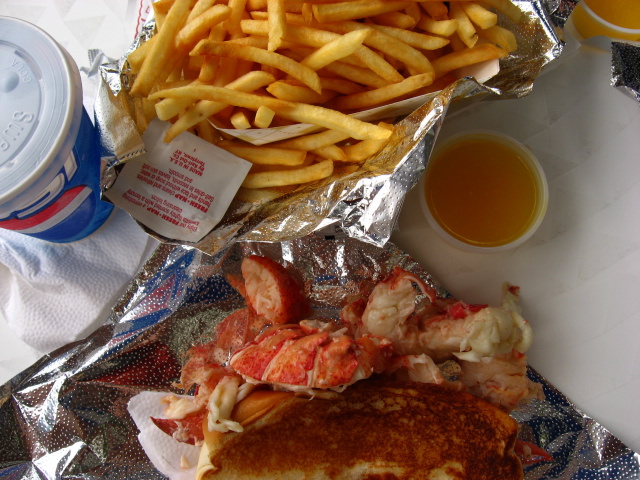 “It’s true!…More than one whole lobster in every roll,” said the advertising sign.

Patrick came to Maine and we had a staredown at the 4th of July parade. 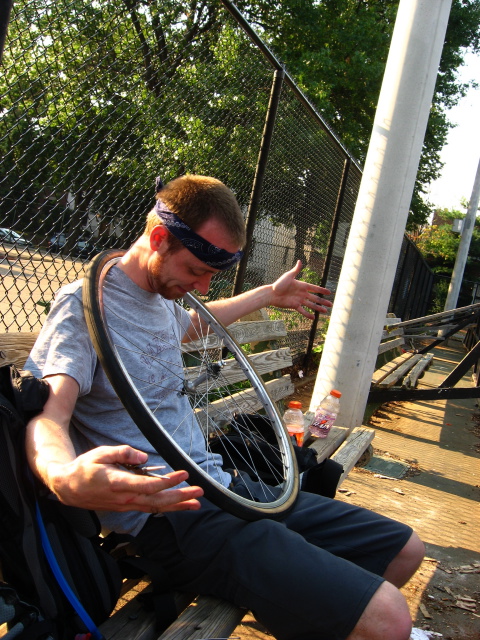 Then I went to Washington Dead City to visit Pat. It was so much fun, and ZOMG bike polo casualty.

Later this night, Patrick had to go to the emergency room to get stitches in his hand for a bike-related mishap.

We went to the Vietnam War Memorial. Pretty much I’m speechless about that experience. 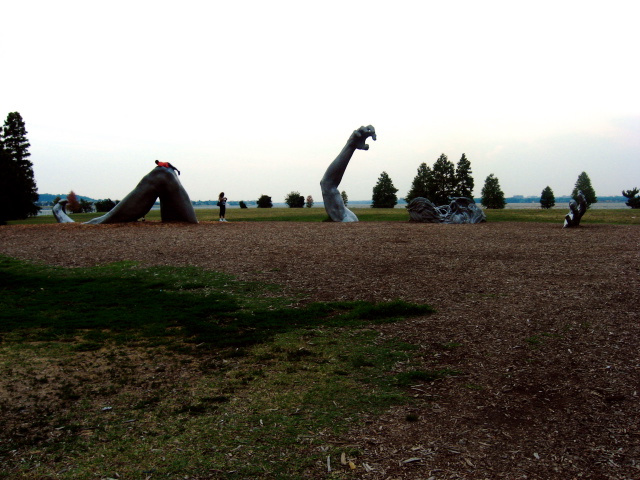 This statue is called “The Awakening,” and it’s by a river between Virginia and Maryland. The Ganges? 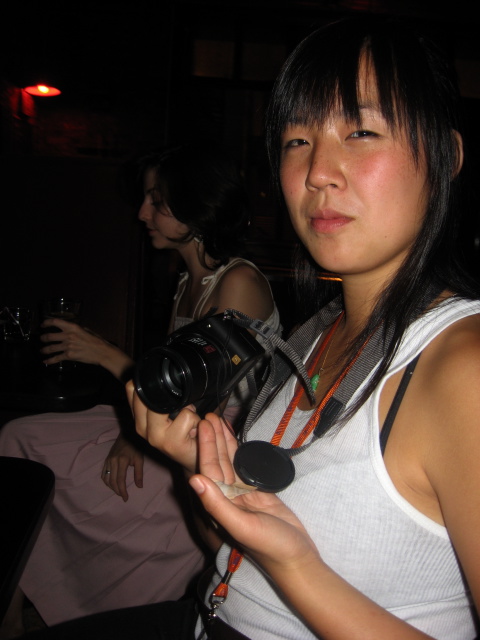 Then I went to NY and visited this smiling face and Bryan. I was only there for 3 days and only took 3 pictures, but I think NY and I have unfinished business.

Said “whatup” to Picasso at the MoMA. 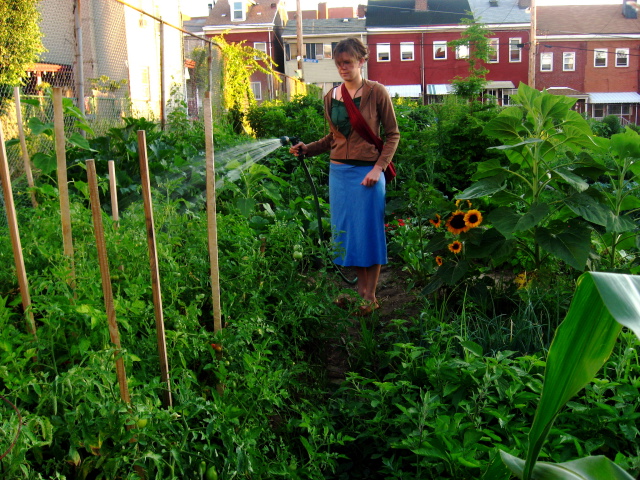 Then I went to Pittsburgh to visit my sister and saw her out of control awesome garden. My little vegetable nymph. 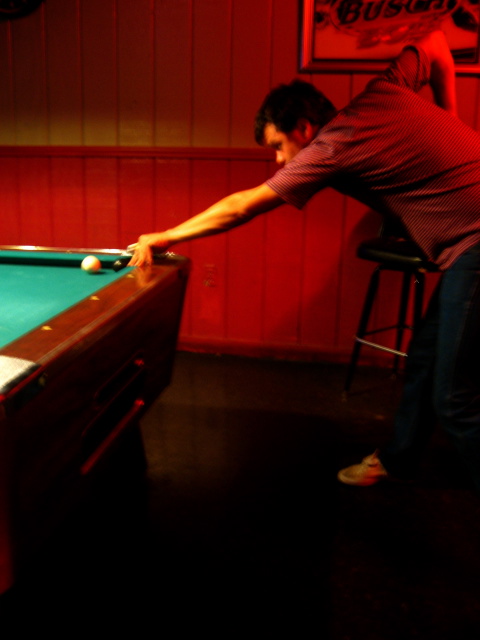 Tiddy Kane taught me how to play pool.

Then I went to Berkeley! This is the inside of Emily Kate Nathan’s purse. 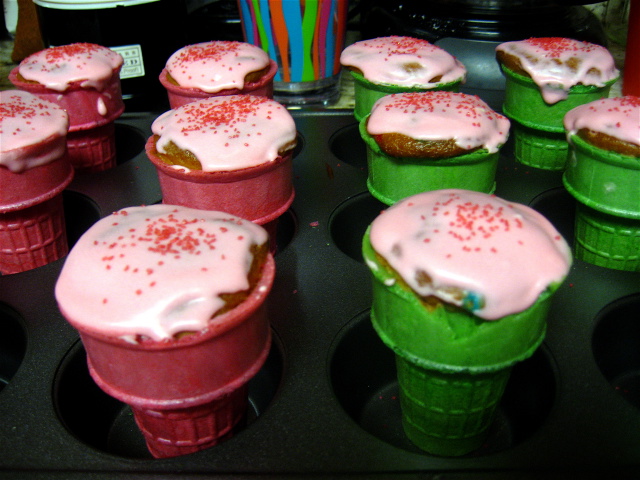 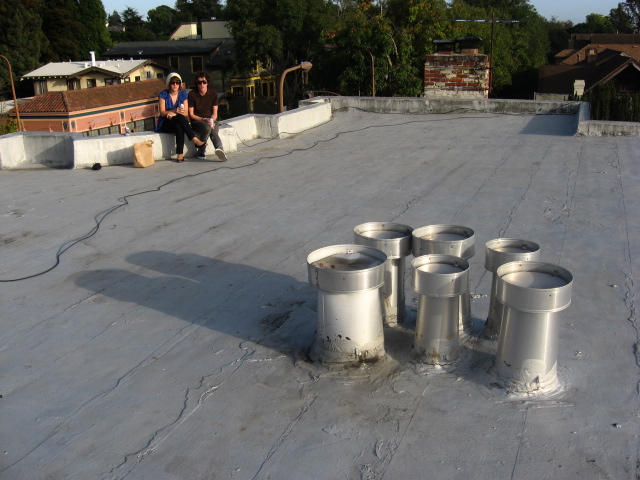 Anya took this picture when we were chilling on my new roof drinking PBR, the king of unoffensive beers. 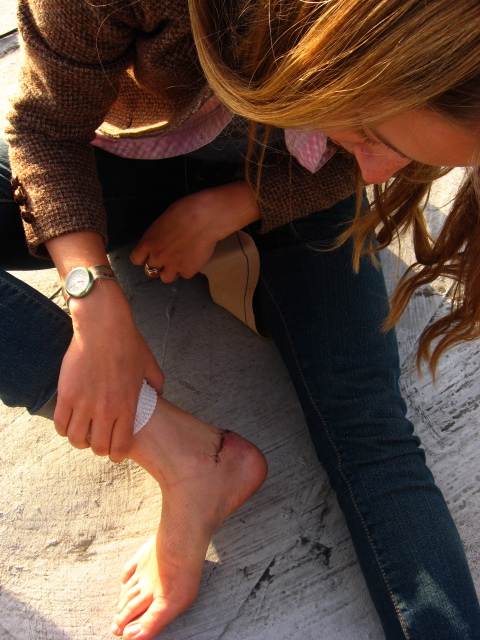 Anya fucked her foot up during a biking lark gone bad. 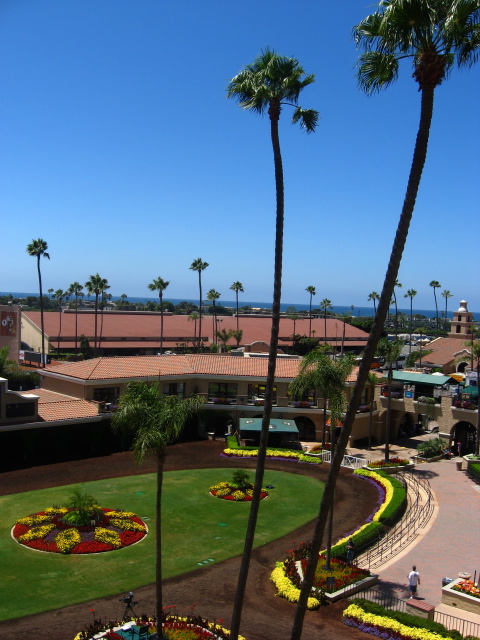 Then I went home to San Diego for 2 weeks to visit la familia. Mostly, it looked like this but with more Mexican food. 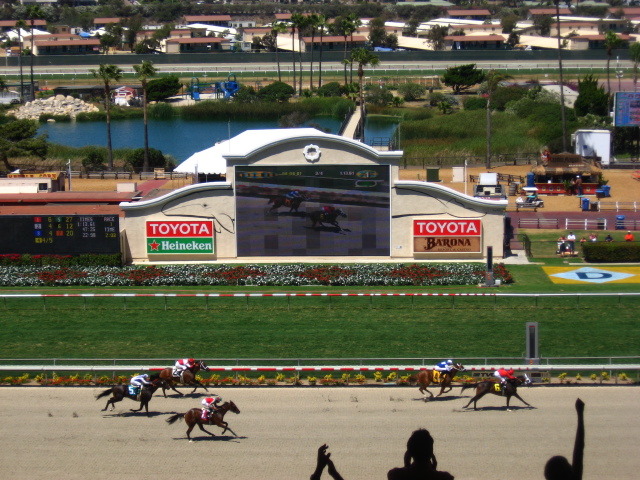 My mom’s BFF took me to the horse races and I made $40 on a horse named General Chicken. 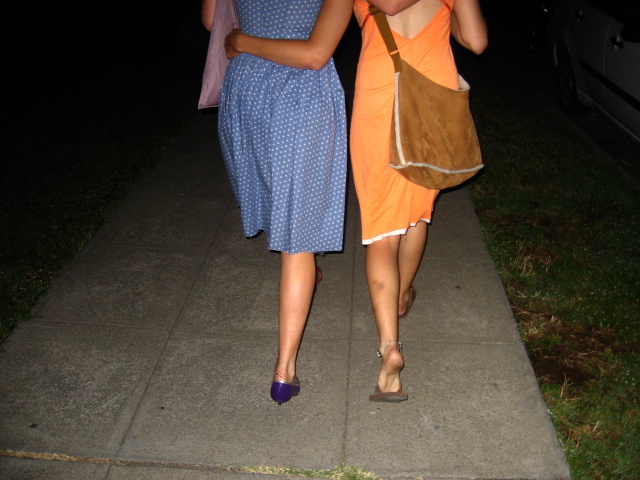 Then back to Berkeley when Anya took us all to Chez Panisse.

We drank some beers, put on lipstick and skipped on over for the best dinner ever. 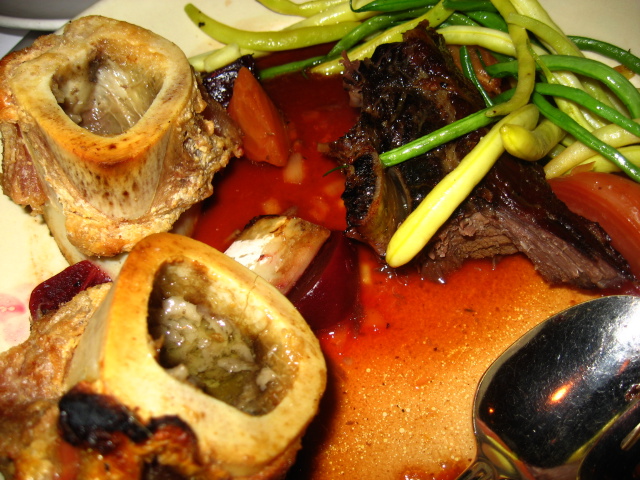 We vegetarians ate beef ribs because they were organic and pesticide-free. That’s like the same thing as a vegetable.

Then backpacking at Big Basin. These are my mother’s favorite flowers and are called “Naked Ladies.” 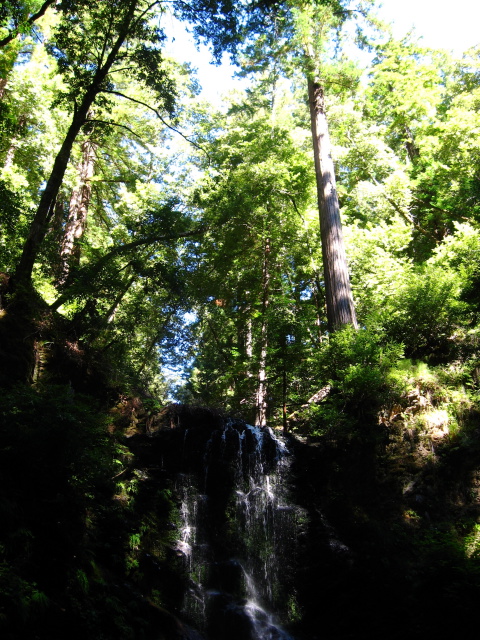 We saw some waterfalls. 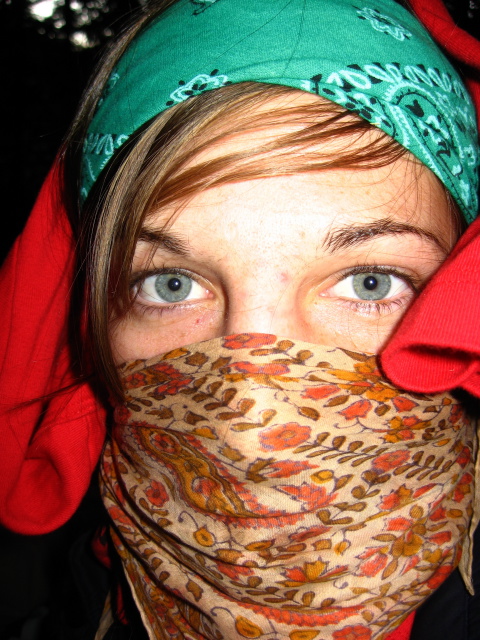 And we made mosquito-armor because they were pretty much eating us alive. 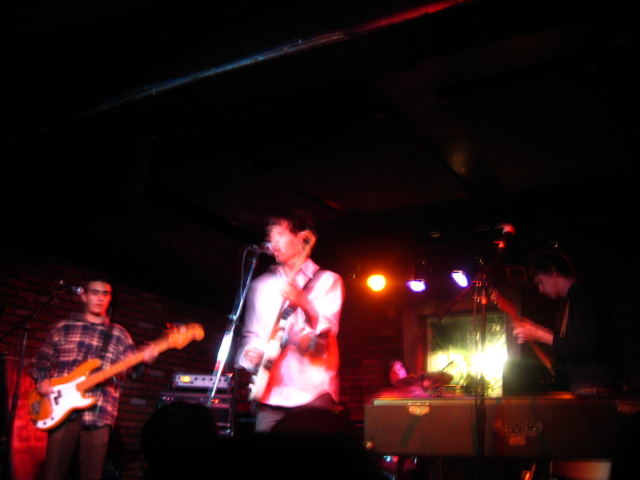 We went to a really good show put on by The Morning Benders at Bottom of the Hill. It was way fun. 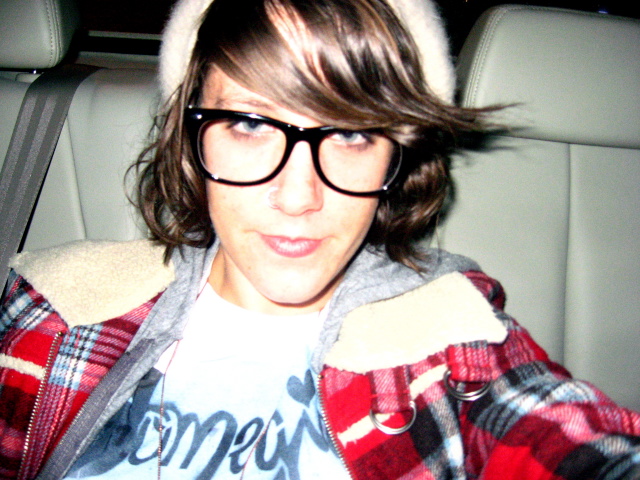 Bryan sneezed on me and I caught his hipster-disease.

We enjoyed the last day of sunshine on mine and Emily’s porch. 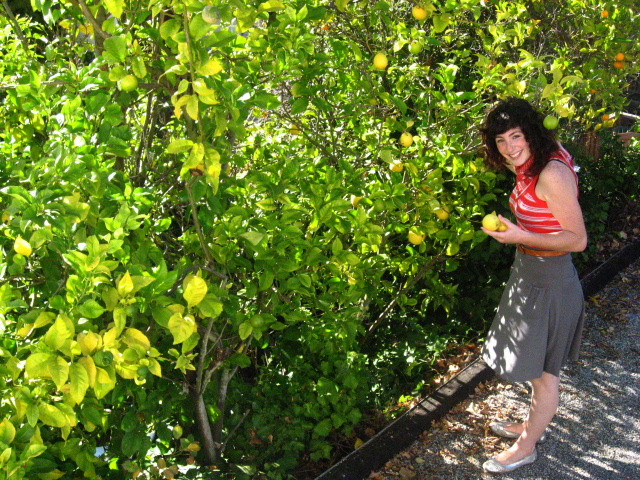 We stole lemons from the neighbors to make lemonade with. 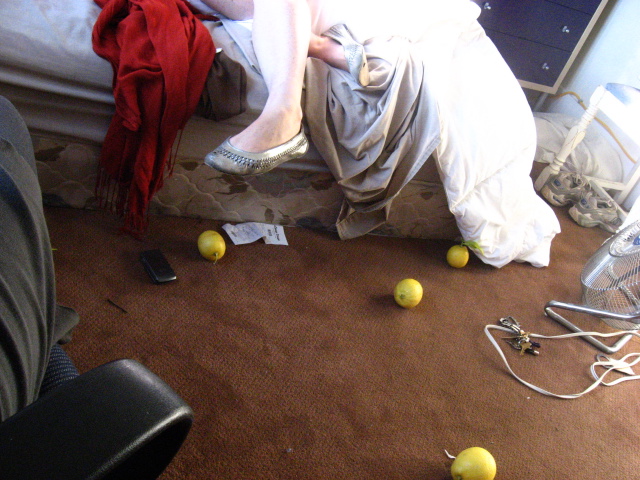 For some reason, we littered my floor with them. 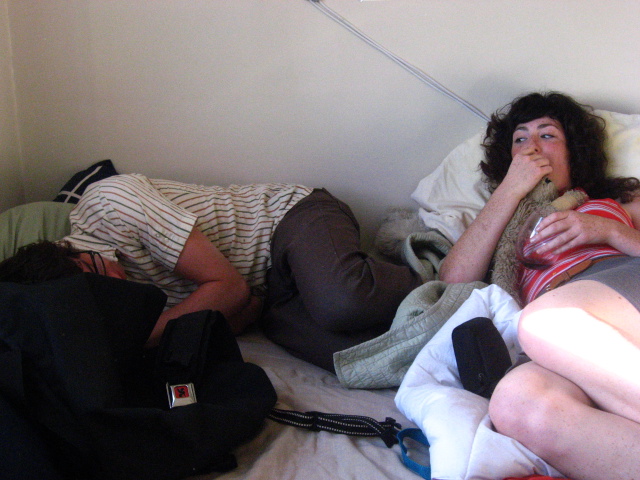 Group naps followed by some Jarmusch put a nice nightcap on an awesome summer. 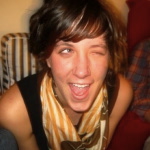