the third in a series

The final haphazard conglomeration of photos over the last few weeks.

There was an Arabian Nights themed dessert party. Ryo nailed it.

Bananaman and his jello weiners.

The sky was on fire the night after the triathlon.

Arwen from NC was visiting SF.

Liz and I toured around the city.

It was Becky’s birthday. 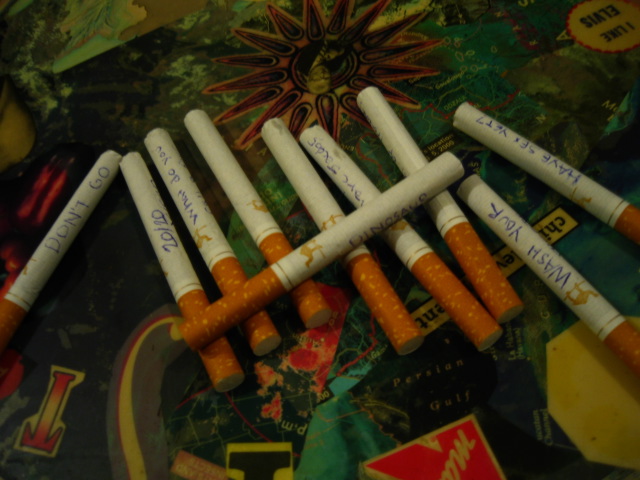 But a happy dude.

We took a break from our strenuous ride to catch a quick vista.

Pat is too busy basking in the golden light to post a blog.

The Lion at Vital Ital cafe. The Pure Niceness smoothie is what dreams are made of.

I got an Aston Martin at the very end of the night at work. I spun it around the block a little. Pretty much mandatory.

I always fall asleep on the F bus, but I don’t think I’ve ever drooled like this guy.

Cameron and I made a movie for Naira last night.

Bowl of pogs. Still life doesn’t get any better than that.

Thanks for looking. Next time we’ll be seeing life in the West Carribean.

the second in a series

This is another installment of photos from the last month-and-a-half that should see the light of day.

Jilleen and I went to a fullpipe. Her board was en route to my head at the time of this photo.

They call that a “get hurt.”

This one was fake.

This one was real. It escaped from the kitchen. Mmmmm. Pigeon eggs.

Hallie visiting Chloe at office hours. Get that A+.

That’s the moon between my feet while swinging.

Craft Night: We made vaginal valentines.

AK and Chloe show off their goods.

Our guest appearance at the Graduate.

the first in a series

This is a chronological collection of unrelated photos shot during the months of January and February.

Katherine turned 23 and someone (unfortunately, not me) got her flowers.

Who wouldn’t want to sleep on this?

Dustin and Chelsea are mesmorized by Femalia.

Julian and Metal Bob stroke it.

This is some Chinese nut that blooms in water.

The Morning Benders. Chris Chu had a heavy heart.

Who loves AK and AK? They do.

Naira had a rager.

Poor attempt at turning it into an underwear party.

I was working it f’real.

Cameron quit smoking. For the record.

Adrienne and Gus awaiting our return.

Fire in the sky.

I rule at riding bikes.

Lord of the Flies.

Kari actually bought a mannequin bottom and named it Andre.

Bob was busy studying, but I persauded him to ride through the rain to eat at the dorm cafeteria with Eleanor.

He brought an umbrella. What a genius!

Forget putting a bag over your seat, just lock up your umbrella.

Despite their names, Eleanor and Maureen are young.

Jamie came to visit and we went to Albany Bulb. Hi-5.

Sinead O’Connor said, “I’d kill a dragon for you.”

Jamie at the castle.

Whatcha got there, AK?

Orrion blew it on the way to his Super Bowl Party.

What better way to say I love you than with a pillow to the face? On Valentine’s Day, I went with Liz and her friends from Boston, Greg and Arwen, to a random pillow fight organized through the internet and word of mouth. It was quite a spectacle. There were probably 250,000 people there. Or maybe 300. I’m bad at judging those kinds of things. When the clock at the ferry building struck six, everyone went at it. The little kids were the ones to look out for–totally vicious and too cute to hit back. Anyway, here’s what it looked like.

My pillow was a beautifully crotched piece purchased earlier that day at Goodwill for a wonderful cause. I left it.

Greg Beson was the Braveheart of pillow-fighting.

Good use for a dirty pillow.

For some reason, everyone just started laying down. I guess someone called bedtime.

Last Monday, Galen told me about a triathlon at Cal that was going to happen that Sunday. So why not? I’d never run more than a mile before and had never swum laps. But I can bike. It was a 500 yard swim, 14 mile bike ride and 3 mile run. And one of the best things I’ve ever done.

There were 150 folks competing, mostly from collegiate teams. We were pretty much the miscreants of the bunch.

I was too busy swimming/biking/riding to take photos during the race so this is afterwards. We took balloons as prizes.

Galen celebrated with some freezes. Note the numbers on his legs. He may not have “won” but he’s number one in my book.

I did the entire thing in those shorts and kept my iPod with a triathalist in my pocket. Songs included Belle & Sebastian’s “Stars of Track and Field,” Madien’s “Run to the Hills,” Motely Crue’s “Kickstart My Heart,” and I crossed the finish line to Springsteen’s “Born to Run.” So epic.

When all was said and done, it was a lovely lovely day.